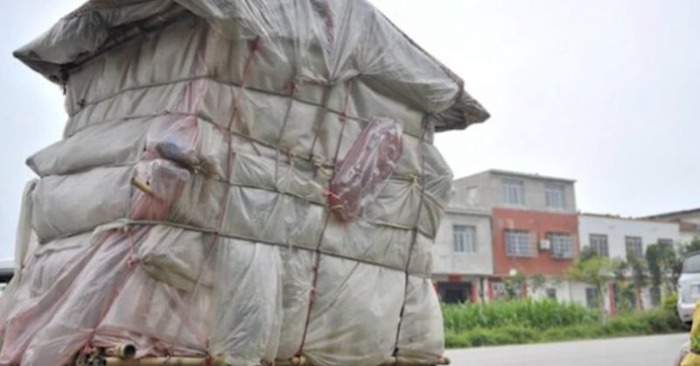 Not the entire population of China, although it is one of the leading economies of the world, makes ends meet.

Then ingenuity and dexterity come to the aid of the Chinese poor to provide themselves with housing.

Liu Lingchao is a resident of China who lost his job a few years ago. 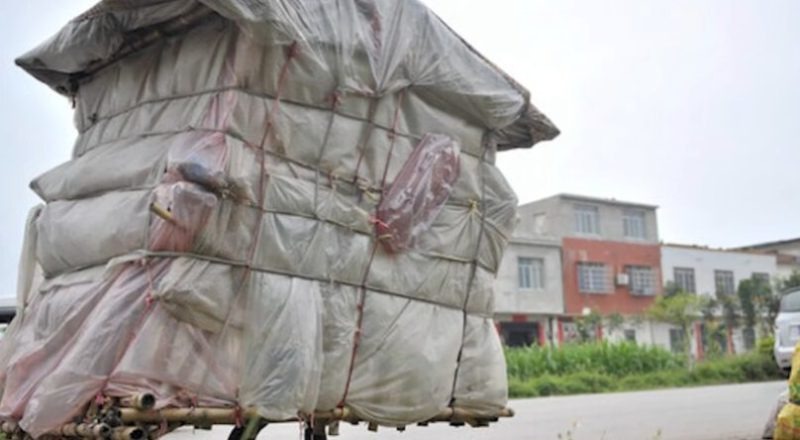 He could no longer continue to pay for rent. Mr. Lingchao had no friends and relatives who were ready to shelter him until better times.

Then he began to assemble his own portable house from bamboo and construction waste, which he found on city streets.

A dwelling looks doubtful, reminiscent of a sink of a snail. 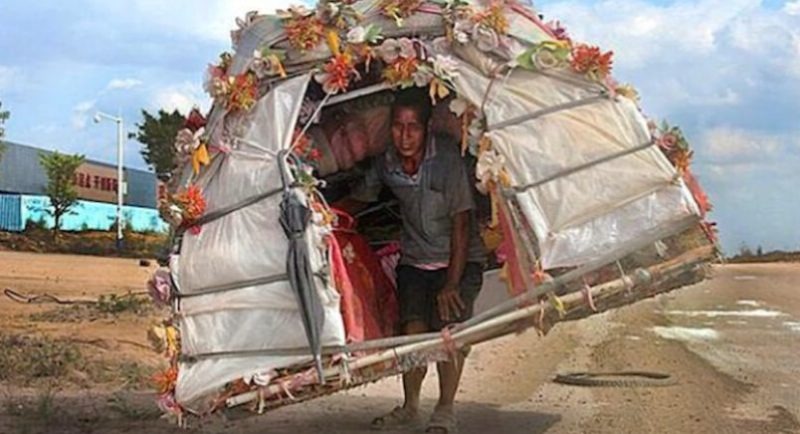 But it allows you to calmly wait for rains and cold days.

The sizes of the «shell» is quite large, but thanks to the bamboo frame it is easy to raise and transfer it without special equipment.

A man likes this, because now he is not tied to one place.

On the day, he learned to overcome up to 10 kilometers, and this helps him in employment.

The man dreams that one day he will still be able to settle somewhere for a long time, and then his builder skills will not be useful.

But while he travels around the Chinese province and is working on his work to continue the journey.